The Future of Work – 5 Winners in work

The Future of Work, Part Three.

So, following on from the 5 trends , who are going to be the winners of the work place of the future?

A significant part of the back drop in the determination of which workers and which skill-sets will be Winners will be the continued acceleration in Automation.

The fear and likely reality automation – Skynet is coming!

Automation (and AI powered solutions) will take the jobs of 100’s of millions of jobs globally, but I suspect this will not result in catastrophic job losses. New roles will emerge. In simple terms when the looms in those Victorian Wool Mills were mechanised nobody knew what a Web Designer was! As traditional roles are replaced, new (often unknown) disciplines will emerge.

I do have concerns about AI and Automation, but these are more concerning:

“You are not thinking; you are merely being logical. … The fatal issue is that logic always gets you to exactly the same place as your competitors.” Rory Sutherland

It’s not just automation. The way we engage with our customers is fundamentally changing and we should not underestimate this direct impact. In a world that is increasing digitised workers are not replaced by automation it is just that teams of workers have become obsolete because the whole paradigm has shifted.

Over the past decade the following has often rung true: ‘Be nice to nerds. Chances are you’ll end up working for one.’ Bill Gates (?)

… but with technology roles (we are already seeing this with testing) amongst vast swathers of logical roles that will be lost to automation then I believe we should start being nice to the creative. To Rory Sutherland’s point there is a limit to logic. Real creativity is the hardest thing to copy and automate. And in a world craving innovation; well ‘Innovation is just the application of creativity’.

Individuals with a Growth Mindset achieve more. They are less threatened by automation or loss of relevance because they thrive on learning and adapting. They are key in an environment where everything is changing and changing fast! They are also great critical thinkers & problem solvers.

For those of you unfamiliar with a Growth mindset:

‘Individuals who believe their talents can be developed (through hard work, good strategies, and input from others) have a growth mindset. They tend to achieve more than those with a more fixed mindset (those who believe their talents are innate gifts). This is because they worry less about looking smart and they put more energy into learning. When entire companies embrace a growth mindset, their employees report feeling far more empowered and committed; they also receive far greater organizational support for collaboration and innovation. In contrast, people at primarily fixed-mindset companies report more of only one thing: cheating and deception among employees, presumably to gain an advantage in the talent race’. Carol Dweck – Harvard New Business Review

Expect the future to contain a greater focus on assessing Growth Mindset and strategies for combatting a move back to fixed mindset. A growth-mindset is not entirely binary so as Dweck points out [with reference to high performers]: ‘[they] benefit from recognising when their fixed-mindset “persona” shows up and what it says to make them feel threatened or defensive. Most importantly, over time they have learned to talk back to it, persuading it to collaborate with them as they pursue challenging goals’.

In the context of the psychological safety net, discussed earlier, organisations will struggle to embed a culture of growth mindset if they have an organisation that is built on ‘the talent game’. If promotion or career progress (outdated concepts though they are) is based on competition then you can’t expect sharing information, collaborating, innovating, seeking feedback, or admitting errors [all key components of a growth mindset] to be prevalent.

For me, those that can truly demonstrate – ‘Strong opinions loosely held’ – well represent the ‘Growth Mindsetters’.

T-shaped individuals bring at least one area of expertise but they have broader knowledge always cross at least two business verticals. As a result of this, a T-shaped person helps build the very best interdisciplinary teams within a company.

excel in their main responsibilities but they can also perform other tasks effectively. In

such a way, they contribute to the growth of the business as a whole. Specifically, they

In our ever-more complex work places a higher value will be placed on such individuals. More than that, forward thinking firms will be looking for educations that span disciplines (Chemistry with History, Data Science with Anthropology). These individuals will have more ready-made tools for T-shaped.

Single discipline ‘experts’ will still have their place: (The trouble with experts is that they know more and more about less and less until they know everything about nothing!)

We will continue to accelerate the importance of assembling diverse teams. High Performing Teams will be made of individuals whom have:

There are numerous examples of how lack diversity can radically reduce performance. My personal favourites is the Perspective blindless in the CIA, referenced by Matthew Syed.

Many such examples focus on performance and effectiveness of operational teams. However, in a world where we are increasingly selling to global customers, then having a team that can deeply appreciate a diverse customer base, will also be far more effective at other disciplines too. Including:

Trust will become the most valued currency in both the relationship with the customer and the relationship with the worker. In more granular and multi-client engagements workers and employers will need to make faster decisions about who they work with.  Traditional organisations will form a smaller percentage of the work based opportunity, while less stall will be placed on household brands (.. and they will not be seen as the most attractive brands to work for anyway). The attractiveness of the opportunity will be far from solely about remuneration. In addition to ethical and worker-care individuals we’ll be seeking good data on ‘Trust’. (Is the organisation Competent, Consistent, Compassionate and how effectively does it Communicate?).

As consumers we have gradually got very used to seeking data on products, services and sellers. It has often happened sub-conscientiously, but we now look at reviews and star ratings on Amazon and we make decisions on holiday hotels based on Trip Advisor.

As workers or employers data from sites like Glassdoor, Trust-a-trader and Rate-My…. have also crept up on us. However, expect these sites to become more sophisticated, more accurate and much less easily abused. Metrics of trust will continue to be levelled at an organisational level, but also will also include individual ratings. After all, the latter is often of far greater importance. I only moderately care of about the reputation of my Dental practice, I absolutely care about the reputation of my dentist. It seems logical that in a world where ‘people do not leave an organisation they leave their manager’ they would be more interested in the trust equation surrounding the team and leader of that team than almost any other elements.

Of course, no one can absolutely predict the future, but I think the above trends have a healthy chance of strongly influencing our Future of Work.

From the individual’s perspective expect: granular activity for multiple ‘employers’; incremental use of collaborative work spaces; interactions with ‘Bots’ in the work place to be as frequent as interactions with other humans; the relentless pursuit of promotion to be replaced by pursuit of meaningful and purposeful work [that makes a difference]; and, creativity and the ability to solution across vertical disciplines to be the premium skill set.

Of course, there is a more doom mongering, dystopian version where as a result of raw material shortages and climate changes we are back to scaping a more local subsistence existence, but let’s park that for another day!

This concludes Rokker’s Head of People Practice, Jim Marshall’s ‘The Future of Work’ series. We have gained a great insight into the trends and the winners of the future of all things work.

Enjoyed the read? We recommend Jim’s last series on the ‘EVP’ for you to read next! Read Here 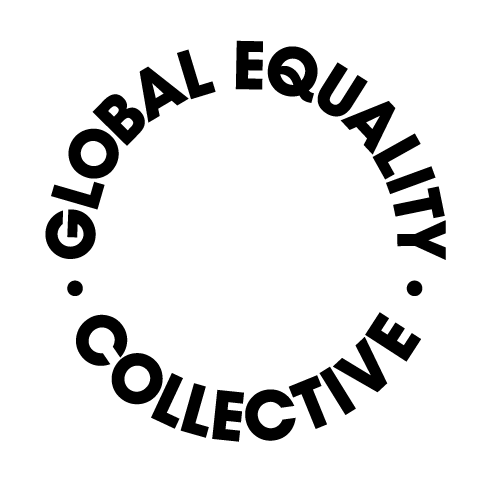